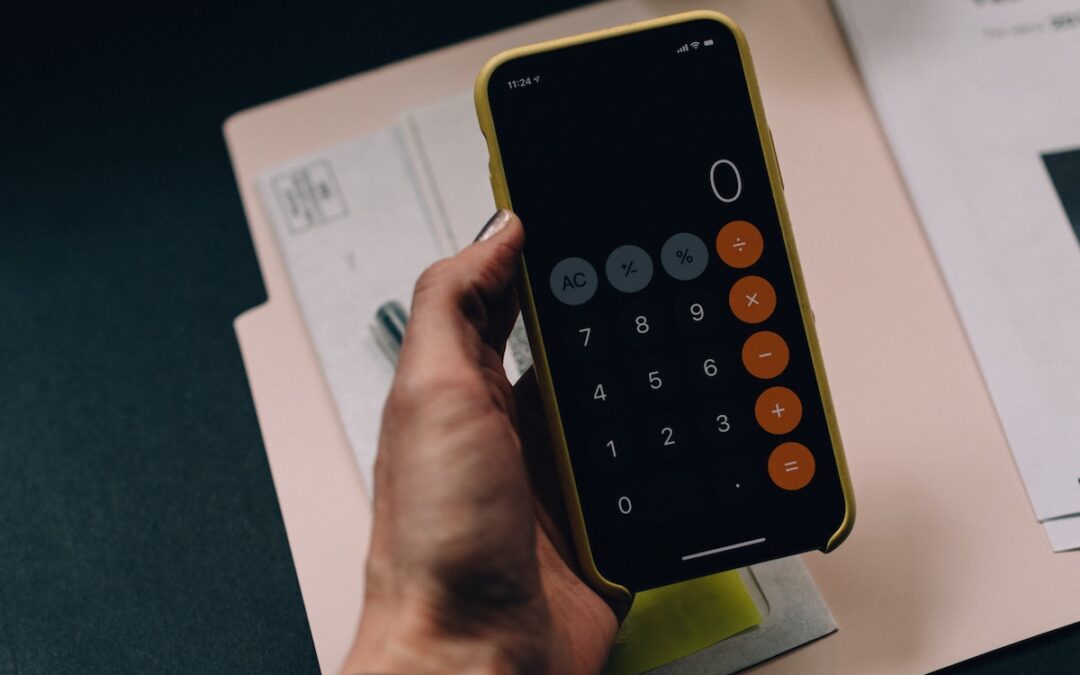 In case you missed it, the Federal government has announced significant changes to its Canada Emergency Wage Subsidy (CEWS). The changes were so significant that many refer to the latest version of the program as CEWS 2.0. The good news for employers is that many more employers will qualify for the CEWS, starting in July 2020, than qualified previously.

Employers with any decline in revenue may now qualify for CEWS, starting on July 5, 2020.  The revised calculation under CEWS 2.0 also allows for an additional top-up subsidy for employers who experienced more than a 50% decline in revenue. Applications for claim period 5 (July 5 to August 1) will open August 17, 2020.

Another major change is that for CEWS 2.0 baseline remuneration is no longer relevant for active (not on leave with pay), arm’s-length employees.

How do you apply?
Applications for claim period 5 (July 5 to August 1) will open August 17, 2020 using the following link:

Under the original rules for the CEWS (for claim periods 2 through 4) ,an employer must have experienced at least a 30% reduction in its revenue for a claim period, as compared to the same period in 2019 or the average monthly revenue in January and February 2020. The result was an “all or nothing” calculation where employers who experienced a decline in revenue that was less than 30% received no subsidy. Under CEWS 2.0 the amount of subsidy an employer receives is on a sliding scale where the subsidy increases as the percentage revenue decline for the employer increases. However, with these changes comes a more complex calculation in order to calculate the subsidy.

The first change of note is that starting in claim period 5 (July 5, 2020 to August 1, 2020) there are now two parts to the CEWS calculation. Both of these subsidy amounts are based on the percentage of revenue decline.

But take note – there is a cap to the base subsidy amount and the maximum base subsidy will decline after claim period 6 (August 29, 2020). We have included a table at the end of this article that summarizes the calculation.

The top-up subsidy is a new additional subsidy amount that is available to employers who have experienced a more than 50 % decline in their revenues. Like the base subsidy, the top-up works on a sliding scale. But, unlike the base subsidy calculation, the calculation of the revenue decline is based on the average revenue during a 3-month timeframe as compared to the same timeframe in 2019 or the average revenue in January and February 2020. The maximum top-up subsidy, for employers with a reduction in revenue of 70% or more, is 25% of their revenue decline that exceeds 50%. Sound confusing? We have included a table that summarizes the calculation of the top-up subsidy at the end of this article.

For claim periods 5 and 6, there is a transitionary time when an employer can calculate the CEWS benefit using the new calculation described above (CEWS 2.0), or the calculation used prior to July 5, 2020 (CEWS 1.0). This allows employers to choose the calculation that results in a higher subsidy amount. Use the higher of the two figures.

You may recall that under the calculation of the CEWS 1.0, prior to claim period 5, an employer who qualified in one period qualified in the immediately following month. There is a similar rule under the CEWS 2.0 that allows an employer the option of using the greater of the following amounts:

Purchase of Assets Rather than Shares of a Business

When buying a business, the purchaser may purchase the shares of the company that operates the business or the   assets of the business. Under CEWS 1.0 employers who purchased the shares of a company during a reference period were not prevented from claiming the CEWS, while employers who purchased the assets of a business were unable to use the seller’s  revenue figures to calculate a revenue decline.

The changes announced in Bill C- 20 provide an opportunity for employers who purchased assets rather than shares to claim the CEWS.

If the fair market value of the acquired assets makes up 90 % or more of the fair market value of the property that the seller used in the course of carrying on the business, the purchaser of the assets can include the qualifying revenue attributable to the seller who used the assets to earn income. This revenue is referred to as the “Assigned Revenue” in the purchaser’s prior reference period or current reference period. The “Assigned Revenue” is subtracted from the “qualifying revenue” of the seller for the same reference period. To do this, the buyer and seller must make a joint election.

Under CEWS 1.0 employees had to be paid at least once every 14 days within a claim period in order for the employer to claim the CEWS for that employee. As a result, employers were not able to claim the subsidy for some of their casual and temporary staff. In addition, the CEWS could not be claimed for employees who were laid off or who returned to work and who weren’t paid in respect of at least 14 days during the claim period. Under the CEWS 2.0 rules, this 14-day requirement no longer exists.

The following tables summarize the calculation of both the base subsidy and the top-up:

Calculation of Base Subsidy: 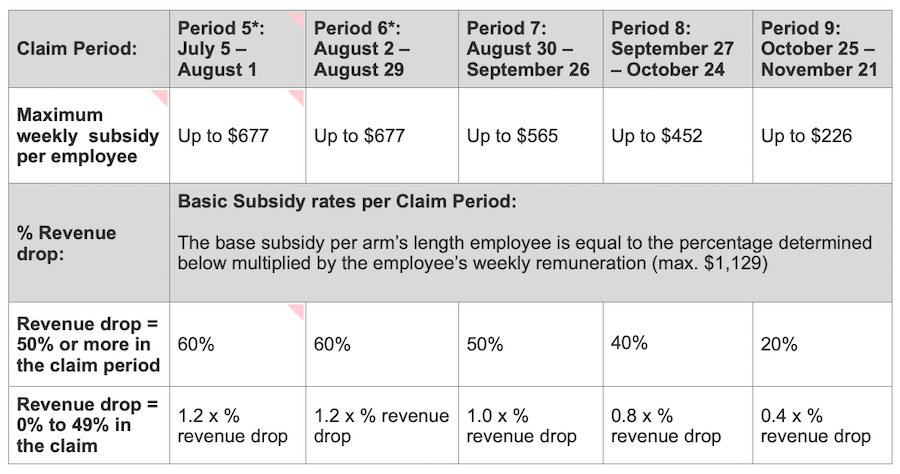 For the top-up, the percentage revenue decline is calculated by determining the change in the employer’s revenues for a 3-month period.
Does all this sound overwhelming? RHN is here to help. Give us a call today!